The stadium rocked. A struggling team rebounded. Another rematch was set in motion.

A tie to the old era of Houston’s NFL football beamed.
JJ WATT

“It’s just a great feeling to know that Houston’s back,” proclaimed Bum Phillips, coach of the Luv Ya Blue Oilers and father of Texans defensive coordinator Wade Phillips.

The Texans’ best players played best Saturday at Reliant Stadium in a 31-10 thrashing of the Bengals that propelled Houston forward in the NFL playoffs to a Jan. 15 game in Baltimore. Houston lost to the Ravens at M&T Bank Stadium on Oct. 16, 29-14. After clinching the AFC South with a Dec. 11 victory at Cincinnati, the Texans sputtered, dropping their final three regular-season games, though the finale meant nothing to their playoff standing.

“We kind of got back to what we were doing during that seven-week stretch [Oct. 23 through Dec. 11, when we were 7-0],” coach Gary Kubiak said. “We played great defense, we found a way to run the ball, we never really hurt ourselves as a team. That was the key.”

The game had plenty of heroes, including efficient rookie quarterback T.J. Yates and cornerback Johnathan Joseph. Three of the team’s other top players, though, produced first-rate efforts worth a deeper look.

ARIAN FOSTER———-After Foster popped an 8-yard touchdown run in the first quarter to tie the score at 7-7, he changed sports as he celebrated.

A Lakers fan who apologizes to Houstonians for his NBA affection, he was talking to fans via Twitter during a recent Lakers-Rockets game. If the Rockets won, he pledged he’d do a touchdown celebration paying homage to them.

The Lakers won and got him off the hook. But Foster decided to follow through with the idea anyway. He celebrated with Hakeem Olajuwon’s “Dream Shake” — a hard stop with a ball fake, followed by a reversal and fade-away jumper he tossed over the crossbar.

Foster finished with 24 carries for 153 yards and two scores. He was only the third undrafted running back in league history to eclipse 100 yards in his first playoff game, joining Ryan Grant (2007) and Paul Lowe (1960).

The Texans’ blocking was tremendous. According to ESPN Stats & Information, 102 of Foster’s rushing yards came prior to initial contact. That’s two-thirds of his total.

The second touchdown, a 42-yard ramble, was his most impressive run of the day. He got to the right sideline and looked to have no chance to stay in bounds. But he followed one good block and surprised strong safety Chris Crocker with his balance and ability to navigate the sideline as he slowed down, then hit the jets.

“I guess he thought I was going out of bounds,” Foster said

J.J. WATT———————Shortly after Jake Delhomme signed with the Texans on Nov. 30, the veteran quarterback was running the offense at a walk-through. Watt batted down several of his passes at the slow-paced practice, and felt guilty for doing so.

He did his thing to Bengals quarterback Andy Dalton with 52 seconds left in the first half, but rather than knocking down the ball thrown from point-blank range, he caught it. And before many people on the field realized where it was, he was carrying it to a 29-yard touchdown that put Houston ahead 17-10.

Coaches and teammates said while reporters and fans don’t see it, Watt snares balls like that all the time at practice.

And while several pass-catchers wouldn’t go so far as to say they’d struggle to make the same play, the guy with the best hands on the team wasn’t too proud to say otherwise.

“It’s almost impossible,” fullback James Casey said. “You’re so close to the ball and obviously the guy is throwing it hard to have it on that trajectory. To be able to catch it like that is remarkable, that’s why you never see it happen.

“Guys bat balls down but they don’t actually catch it. I’d catch zero out of 10. Maybe out of 100 I’d catch one every now and then just getting lucky.”

Watt followed up that giant play by tracking Dalton as he fled the pocket and sacking him on the final play of the first half.

It was Watt’s first touchdown since high school. He didn’t score one as a tight end at Central Michigan or as a defensive end at Wisconsin.

Denver’s Von Miller or San Francisco’s Aldon Smith will win defensive rookie of the year, but Watt didn’t trail them by much in terms of overall initial impact. Miller will have a chance to match Watt’s postseason pace in a game Sunday. 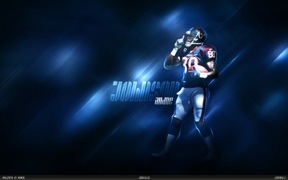 ANDRE JOHNSON——————–He missed nine games this season with two different hamstring injuries. The Texans gave him a chance to knock some rust off last week. But he and Yates were out of sync for a good portion of this game.

The always-calm Johnson has been waiting for a playoff game since 2003, when he was the Texans’ top pick in the franchise’s second season. He admitted to being antsy and overly anxious to make a play. After one failed pass attempt, he returned to the bench and slammed his helmet to the turf.

Late in the third quarter, though, he and Yates made a connection that sealed the game. Lined up on the left, Johnson put a double move on Adam Jones, who bit, slipped and moved laterally instead of back as he recovered.

Johnson was wide open and Yates delivered a ball that hit him in stride for a 40-yard touchdown that gave the Texans a 24-10 lead.

In the end zone, he stopped and looked to be enjoying a contemplative moment to take it all in and consider all that had come in his career before the big moment.

But that wasn’t it at all.

“I’ve jumped in the stands a few times here and I’ve been grabbed by the facemask and everything,” he said. “So I was kind of thinking about jumping, that’s what the pause was for.” 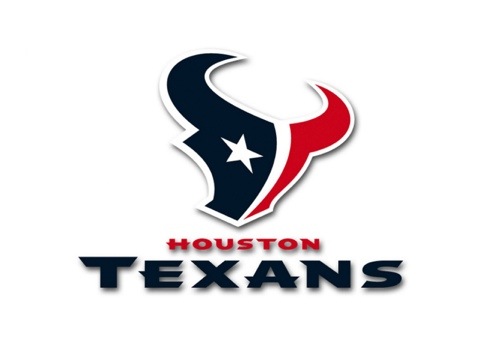